VietNamNet Bridge – “Companies specialising in textile, garment, leather and gems have left China since the financial crisis in 2008 to move to Vietnam and Myanmar,” said a representative of the Korea Trade-Investment Promotion Agency (KOTRA). 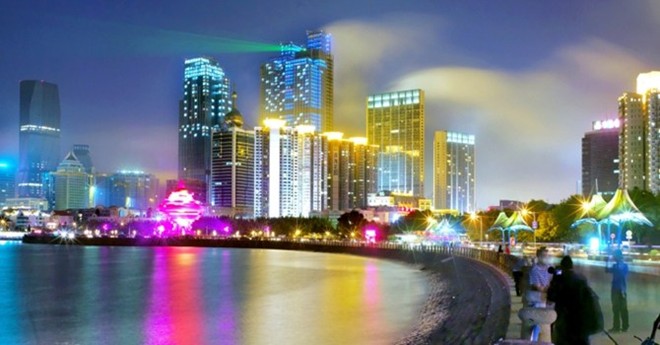 Currently, there are only 4,800 Korean companies doing business in Qingdao, less than one half compared to 10 years ago.

A growing number of Korean businesses are withdrawing from China. According to KOTRA and the Korea Export-Import Bank, the number of companies establishing new local branches in China fell from 2,294 to 1,301 during the period from 2006 to 2008. The number dropped to 901 in 2010, 817 in 2013 and 368 in the first half of this year.

This trend was most clearly seen in Qingdao, Guangdong province. Currently, there are only 4,800 Korean companies doing business here, less than one half compared to 10 years ago, Business Korea reported.

This trend is not only prevalent in the Korean business world. The number of Japanese companies in Shandong province also dropped from 2,000 in 2005 to approximately 1,000 this year. Several large corporations such as Google, Best Buy, and Media Markt also left China together with 130 American, 30 British and 28 Italian companies.

One of the main reasons leading to this situation is the increase in labor costs and falling profits. This year, China’s local governments set the minimum wage increase at 16.9%,  which is expected to grow 13% per year on average in the future.

Another reason is the change in policies for foreign companies. The Chinese government eliminated tax, labor and real estate incentives for foreign investors four years ago.